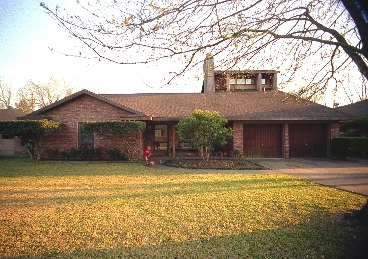 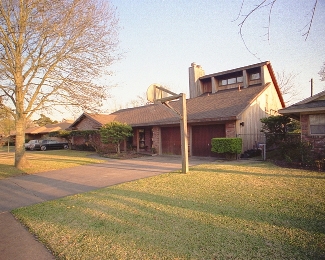 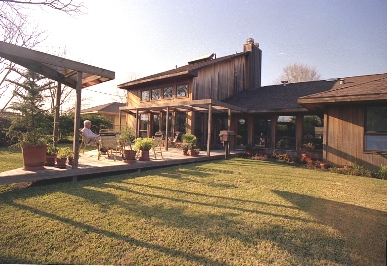 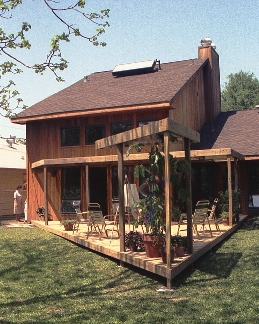 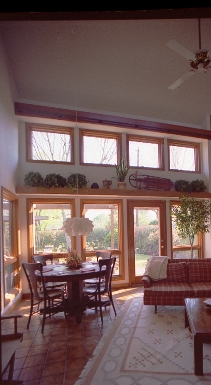 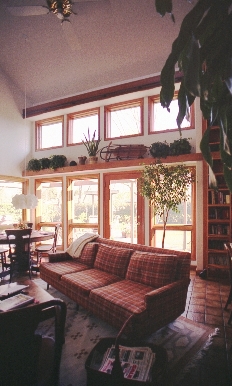 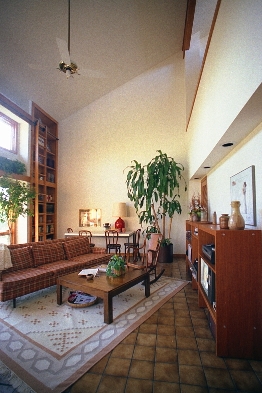 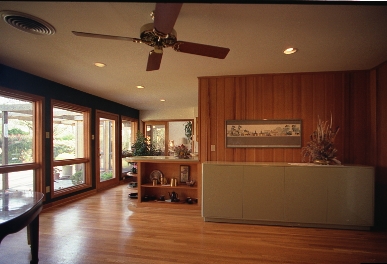 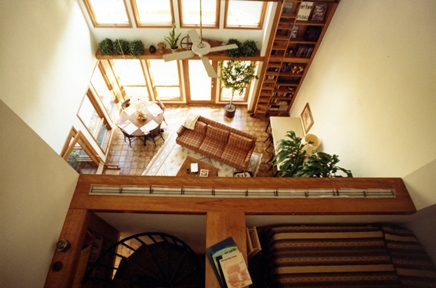 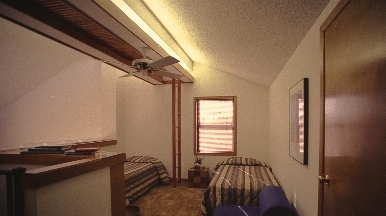 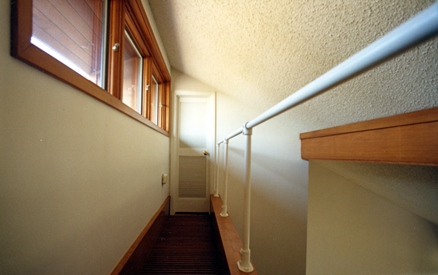 The addition to this house, originally 3 bedrooms and 2 baths, included a family room with a sleeping/study loft and a half bath plus a shaded patio.  While an initial planned addition by others mimicked the original construction, its placement and orientation would have doubled the home’s energy consumption due to the added floor area and the westerly orientation of lots of glass.  Instead, the home’s original energy consumption was cut more than half (rather than doubled) after Environment Associates was commissioned to proposed a design that was appropriate for the site’s microclimate and site conditions.

EA achieved these remarkable results with a design scheme that enhances natural ventilation, the strategic placement of the addition to take advantage of prevailing winds, and connecting with the main activity areas of the house while also shading the main part of the house from the hot afternoon sun.  The design for the roof construction also shields the attic from heat gain while accommodating a passive solar water heater.

The addition’s soaring thirty-foot cathedral ceiling and a cozy loft serve to control air flow. Window placement, while aesthetically pleasing, is a meticulously engineered draft-control and daylighting device. The ice house roof, a double roof, rejects the sun’s heat. Also, the addition’s location increases the functionality and use of the interior rooms and the family’s total enjoyment of the home.

Now thirty years after EA’s addition was completed, it is estimated that the homeowners financial benefits in energy savings alone have amounted to more than $60,000.00 than what it would have been had they built the initial addition others had proposed that would have cost the same to build as the EA design that was built.  But just because of the dollars saved by the performance of EA’s design work, this savings, if properly invested over the last thirty years, could have amounted to over $100,000.00.

Now that’s results.  This is what EA means when we say we can dramatically lower our clients’ “Living Cost.” Think how much lower your Living Cost becomes when your home protects, rather than attacks your health, adds joy to your life because of its design, and the increased durability and reduced maintenance of your home is factored in too.